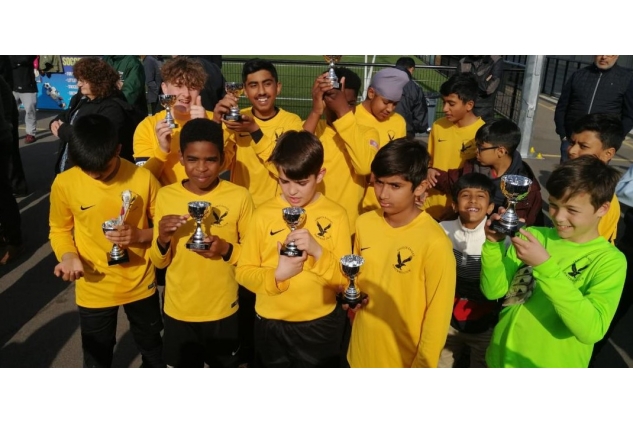 U13's with their league cup runners up trophies 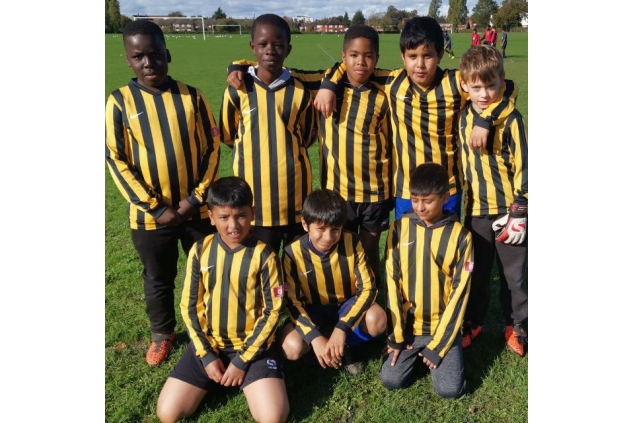 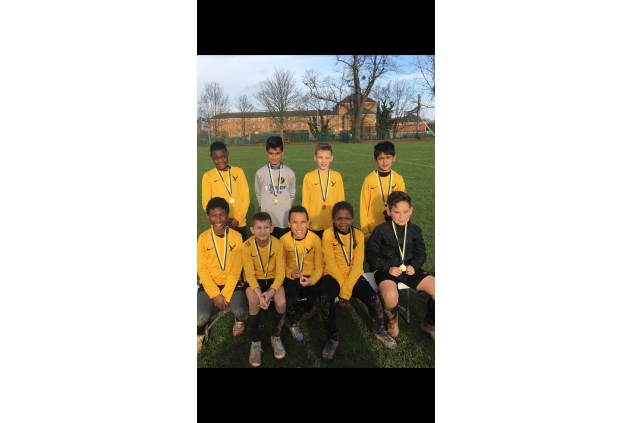 Founded in 1987 Golden Eagles FC is an FA Charter Standard football club. We provide opportunities for children from 6 to 16, regardless of gender, race or ability to play football. We had a girls only team from 2010 to 2013 who really enjoyed their football. This season 2019/20 we have an U10's team and two U11's team and an U14's team. The U10's have had help with funding from the Magic Grant

Gives children a focus and the chance to make new friends. We provide a safe environment for the children to train at our local school. Our secretary won the FA Community Award for Berks and Bucks and the South East Region for 'Outstanding Contribution to Community Football Award 2010'. Two of our u15's recently qualified as referees.Our u11's manager achieved his FA Level 2, paid for by the little magic grant.We have signed up to the FA pledge programme

Knowing the pleasure of winning and being able to lose graciously. By encouraging the children to take part in organised football it helps develop social skills and keeps them healthy. Last season the U14's were runners up in the sub cup, playing the final at Arbour Park where Slough Town play. The U11's won the their second development group and the U11 Flyers won the development vase playing the final at Arbour Park. This season U11's came first in the first development group

Donate now
Give monthly
What your gift could provide
£7
Pays for a training ball
£35
Pays for a referee for an 11 aside match
£170
FA level 1 course for a new coach.
Fundraise for us!
Charity Information