From Holyhead to Hirwaun and Mold to Mumbles, and through economic challenges, government cuts and the Covid pandemic, since 2016 Crowdfund Wales has supported over 450 grassroots organisations across the length and breadth of the country to support their communities. And now Localgiving, the organisers of the fund are proud to announce that the total distributed has passed over £2million.

"These are vital forms of unrestricted income and, particularly during lockdowns, helped many charitable organisations to survive!"

Crowdfund Wales over the past six years has helped organisations across all 22 counties to explore online fundraising, access grants and succeed at growing their income sustainably to support community causes. Their members receive help to create online donation pages to reach donors, raise awareness of their work and encourage fundraisers. Online fundraising is cost effective and has proved particularly important during and after the pandemic when traditional methods often proved impossible. Now more organisations have received more support with their fundraising journeys than any other nation.

Through the Crowdfund Wales programme, Localgiving provides a free year of membership, Gift Aid and free training in how to fundraise online. Members are specifically supported to run an online campaign to raise £1,750 towards a need of their choice, which unlocks £250 of match funding. The fund has been supported by a number of funders over the years, including The National Lottery Community Fund, who enabled the programme to launch, and Garfield Weston Foundation, who at present are the main funder.

For Circus Eruption, a youth charity in Swansea (pictured right), Crowdfund Wales has made a huge difference: “It has transformed our online fundraising, we have raised far more money than we have ever before online. The platform is also excellent and intuitive and as a small charity we feel that Localgiving really works FOR us, and exists to support and amplify what we do, rather than to take at cut, as it can sometimes feel with other sites.

Whilst in West Wales, the Friends of the Pembroke Dock Memorial Park have received major rewards: “The support has been flawless and great. Without Localgiving, we would not have had the confidence to succeed in our plans. It has been great for us as a charity because we have been able to raise income through a website that is specifically for charities. This has given us credibility and confidence to be far reaching.”

Speaking on the hitting of this £2m funding landmark, Lauren Swain, Localgiving’s Wales National Manager, commented: “I have had the privilege of running the Wales programme since its launch, in 2016, and it has been inspiring to see the organisations flourish as they engage in the free support. I have really enjoyed helping them raise the funding they desperately need to help their communities. I think the success of the programme over so many years is largely down to there really being a need for this type of support in Wales, especially the 1:1 training that even the most rural members could access. A number of the organisations I work with have never had the means to ask for donations online before and some had never had donations from individuals either. These are vital forms of unrestricted income and, particularly during lockdowns, helped many charitable organisations to survive!” 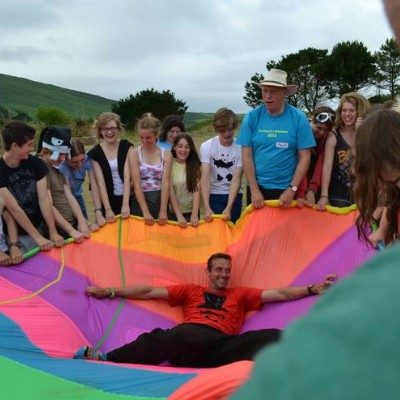 “To have now reached the point where we have helped organisations across Wales raise over £2million is very exciting, and a testament to their commitment to their causes! We have been very fortunate to work closely with the CVC network and they have been integral gateways to open up our offer to new communities. A huge thank you also to our funders over the years, including The National Lottery Community Fund, who enabled us to start the programme, and Garfield Weston Foundation, who at present are our main funder, “concluded Swain.

Learn more about Crowdfund Wales and how you can get involved by clicking here.