Prior to joining Localgiving, Sunshine & Smiles had applied for various small grants and run ad hoc fundraising activities such as table-top sales.  Their decision to join Localgiving was driven by the need to raise £2000 for a new speech and language therapy project.

Ailith Harley-Roberts, a founding member of Sunshine & Smiles, says that one of the “massive benefits” of Localgiving at this time was the ability to claim Gift Aid as an unregistered charity.

Five years on Sunshine & Smiles are now registered with the Charity Commission and have gone from strength to strength. They now run 17 speech and language classes including a baby sign class, as well as various recreational activities and advice sessions. The funds they bring in through Localgiving account for roughly a third of their current annual income (£20k per year on average). 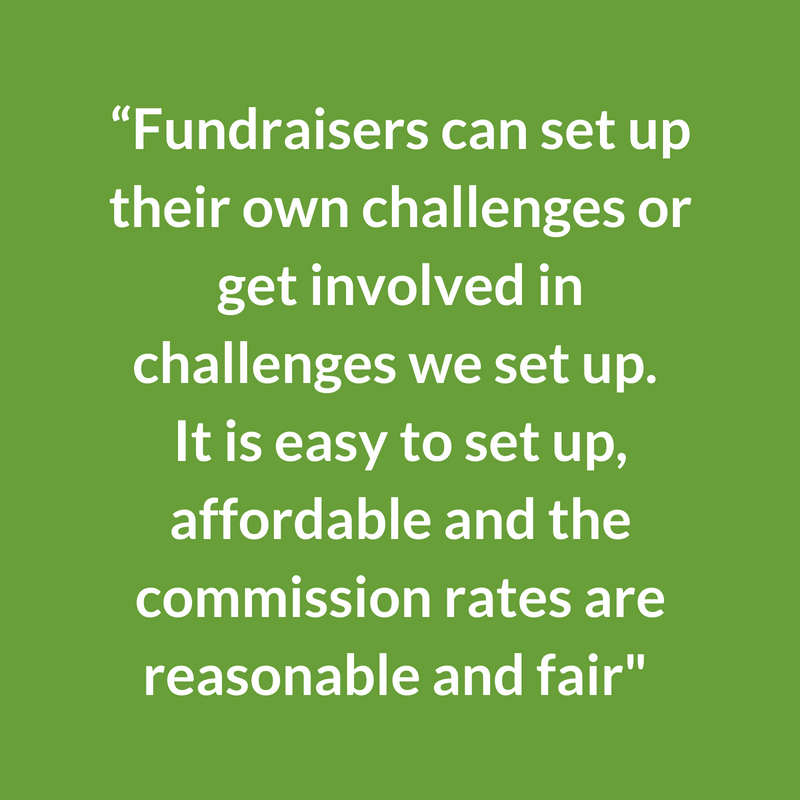 Sunshine & Smiles have been hugely successful in encouraging people in their community to participate in fundraising activities for them, raising £60,000 from 142 Localgiving fundraising pages.

“Friends and families often want to do something to give back or support us”, Ailith explained. “We are proactive in finding opportunities for people to fundraise for us. We often try to participate ourselves to provide a ‘model’ for fundraisers. I ran the Manchester Marathon in 2014 and since then have taken on a number of fundraising challenges which helps to encourage many other  people to get involved in future fundraisers.”

Around 20 runners now represent Sunshine & Smiles in the Leeds 10k each year, and around 10 in the Great North Run.  They have found that many races offer a rebate on their prices to local charities and that getting people to take part as a team can create a sense of camaraderie and energize fundraisers. 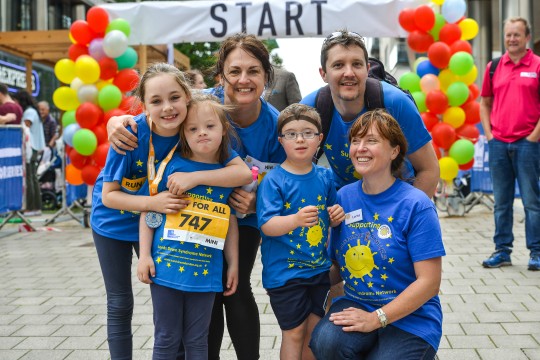 Sunshine & Smiles fully understand the importance of celebrating their fundraisers – both as encouragement to those taking part and to help stimulate further interest in their work. They regularly highlight their fundraiser’s stories and share their fundraising pages on social media. Moreover, they try to ensure that everyone who fundraises for them is given a certificate and a letter of thanks.

Ailith sees Localgiving as the ideal platform for their fundraising activities: “Fundraisers can set up their own challenges or get involved in challenges we set up. It is easy to set up, affordable and the commission rates are reasonable and fair. We have been approached by other platforms but we feel really comfortable with our relationship with Localgiving and have no reason to change. The helpline and email support is second to none, all enquiries have been resolved very quickly and the staff are always friendly”

Sunshine &Smiles are confident about their future and about the part that Localgiving can play in it. One of their key aims is to improving the employability of the young people they work with:  “We have a real ambition and dream to have a cafe that is staffed by people with Down Syndrome and will offer training and support. One day we hope to have our own premises that would also be a revenue raising arm to support Sunshine & Smiles in the long term. A crowdfunding campaign with Localgiving would be a fantastic way to help us fundraise for this next step in our journey.”

To find out more about Sunshine & Smiles or get involved as a volunteers, a fundraiser or a donor, please visit: sunshineandsmiles