An appeal by Bath Royal Literary and Scientific Institution 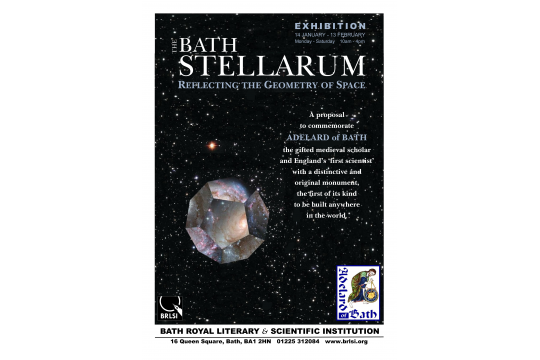 Bath plans to celebrate the various contributions of one of Bath's most significant scholars through the creation of a public monument that will be displayed in a prominent location in the City of Bath. The monument is intended to celebrate the life and work of Adelard. Adelard was a medieval scholar whose translations of important texts from Arabic into Latin contributed to advancing western scientific and mathematical knowledge.

How the funding will be spent

There are exciting plans for the construction of a Stellarum sculpture that will be placed in a prominent position in the City of Bath. A Stellarum is a giant dodecahedron, and this memorial will have a peephole to enable visitors to see into infinite space. The stellarum is based of the ideas of Adelard, the internationally renowned medieval scholar whose translations of important texts from Arabic into Latin crucially contributed to advancing western scientific and mathematical knowledge.

How this will benefit the community

The proposed sculpture will be the first memorial to reflect Adelard's intellectual contributions. The design is based on the five-sided pentagon and the twelve-sided dodecahedron, and is inspired by particular aspects of medieval Bath. An arrangement of mirrors inside creates the illusion of looking into an infinite universe full of stars and is created by the geometry of the dodecahedron and its ability to reflect light in every direction ad infinitum.