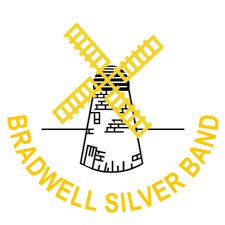 Bradwell Band
Donate now
Give monthly
Bringing Christmas Cheer to the Residents of New Bradwell
If you would like to support the band this Christmas, then please consider making a donation to us.  Christmas is usually a time where we secure the donations to run the band for the rest of the year which includes servicing and insuring instruments, providing free tuition to new and young players, and preparing for community events, celebrations, and contests.

Bradwell Silver Band has been in existence since 1901 making it one of the oldest music groups in Milton Keynes and, we believe, the oldest brass band in continuous existence in MK.

The modern day band plays at numerous local events and has featured several times at the Ironbridge festival of brass in Shropshire, and has played at the Royal hospital Chelsea, home to the famous Chelsea Pensioners.

In 2001, its Centenary year, the band was selected to represent Britain at the Knokke-Heist international firework festival in Belgium, where they entertained an estimated crowd of 100,000 people from the V.I.P enclosure.

The band has a proud history of teaching brass and today anyone who wishes to learn a brass instrument is provided with an instrument and taught free of charge.

Today's development band has a wide range of ages from about 8 years onwards and has numbered as many as 35 members.

The bands oldest and continuing tradition is playing around the streets of New Bradwell on Christmas morning starting at 6am. This has happened every Christmas morning since 1901. Tradition says that children shouldn't open their presents until they've heard the band play
Donate now
Give monthly
What your gift could provide
£5
a beginners guide to music for our development band
£10
a small set of start up music for a new player
£100
2 new sets of music for the whole band
Fundraise for us!
Charity Information