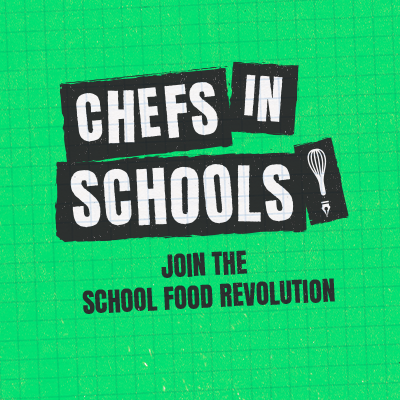 Chefs in Schools & The Food People

A project by Chefs in Schools

Donate now
Give monthly
Chefs in Schools & The Food People
Join with us to greatly improve food quality, health and education for children and young people.
A one-off donation of £15 to Chefs in Schools covers the cost of transforming the food for one primary or secondary school pupil.
The TFP Foundation has been set up to utilise food as a force for good by supporting food, health and education in children and young people. We passionately believe in passing on a love of good food to the next generation. With that in mind, we're delighted to partner with Chefs in Schools, who as a highly ambitious charity are rooted in our combined mission of using food as a force for good. They work to fuel the future by transforming food education and food culture within schools.
The TFP Foundation has been supporting Chefs in Schools for a number of years and to date has raised close to £22,000, enabling 1500 pupils to have healthy school lunches made from scratch, which for some pupils can be their only substantial meal of the day.
Chefs in Schools began when, whilst writing the School Food Plan, Henry Dimbleby posted a tweet asking whether any chefs would be interested in taking over the kitchen at his children’s state school. Nicole Pisani – then head chef at acclaimed Soho restaurant Nopi – decided to take the gamble of a lifetime and became head chef.
Nicole retrained the school cooks using the restaurant brigade system, teaching them to cook everything from scratch and to bake bread daily. She also encouraged them to cook their favourite recipes. Nicole took charge of the cooking curriculum, teaching the children to butcher whole chickens and cook over fire pits in the playground. This work became the model for Chefs in Schools and we now work to help other schools completely transform the standards of school food and food education.
Whatever you can donate will help the charity reach new schools. We thank you for your support and kind donation.
Head over to the Chefs in Schools website to learn more about the school food revolution. Chefs in Schools