Wine may have been involved in committing to this - but the cause is the main purpose - raising for a friend who was diagnosed with mesothelioma and has set up a Charity to raise as much funding for a cure as possible. He, and a group of friends will be cycling LEJOG in September - as part of this they will be doing London Revolution, and I have decided to join them in this smaller step on their journey (and a MASSIVE one for me).

Community/volunteer led charity (eg, nobody is paid so majority of funds will go to appropriate causes)

Currently there is no cure

UK has the highest incidence of mesothelioma in the world

Was considered an old man’s disease as people who got it were construction workers, dockers, military but NOT TRUE:

Incidence rates have increased in the UK by 67% since the 1990s:

Rates in males have increased in males by 58%

Rates in females have increased by 96%

Good luck Tam. No falling off the bike! Deb x

Thank you so much for all the generous donations. This weekend I managed 100 hilly miles in Dorset - which was tough (and windy, especially on Portland) but I survived it!

good luck and such a great cause.

Erase Meso is a voluntary community committed to raising funds to research a cure for mesothelioma.
Find out more about the charity 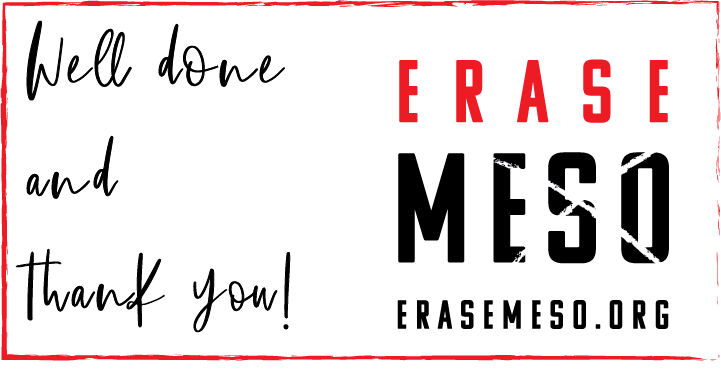 Tamsin hasn't uploaded any photos yet.