My name is Lauren; I have set this page up on behalf of my Mum and my Grandad, Roy (who is 88!). They recently did a sponsored skydive!  Roy is 88, has early-onset dementia and several years ago was diagnosed as partially blind. Over recent years his sight has worsened considerably; his vision is extremely limited and in June 2020 he was registered as legally blind. When he received his diagnosis he began attending Warwickshire Vision Support (in Nuneaton) – a charity which holds regular workshops and networking events for individuals living with visual impairments. He has met some wonderful people there and attending is the highlight of his week. The organisations has just been fab at helping him, my Grandma and our family adjust to life living with his visual impairment.

After 2 cancellations in October the skydive finally went ahead on 6th March at Sibson Airfield (near Peterborough). The jump went really well and we are incredibly proud of Mum and Roy! They have raised over £1100* so far for Warwickshire Vision Support and Guide Dogs UK – two charities very close to our hearts.

Although we were hoping for a sunny day it was extremely cold on the ground, but that nothing compared to the -22C that would hit them as they left the plane at approx. 12,000 feet! Mum even said it was snowing as she ‘left’ the plane. The descent took approximately 5 minutes; they were both in extremely capable hands which put us all at ease! Roy was with the owner of the centre, Mike, who had over 40 years experiencing of jumping; Mum was with Jay, a soldier who was in the Para’s, has done 7 tours and completed over 1500 jumps (400 last year). Considering how windy the weather was they all has really smooth landings.

*We previously used VirginMoneyGiving to fundraise for the skydive; this site was closed in November 2021, but a number of people have asked to donate since the skydive happened. Any further funds received via this page will go straight to Warwickshire Vision Support.

Well done Debbie and Roy - so brave of you and incredible watching that footage!

Complete respect for you both doing this. 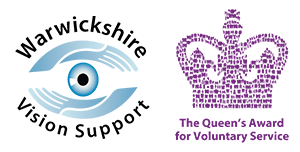 Roy hasn't uploaded any photos yet.