A project by Film Oxford 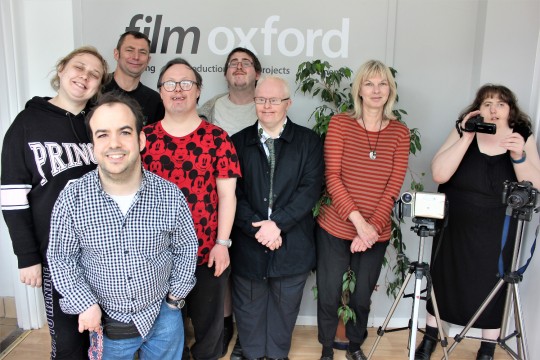 The Shadowlight Artists is an ongoing group, with a core group of 6 artists and a wider group of developing artists called "Shadowlight Associates". The group recently exhibited to the public at Modern Art Oxford, Arts at the Old Fire Station and other venues, and have also run creative workshops with people with learning disabilities interested in art. The group are continuing to regularly meet to publicise their current work and develop new projects for 2019 and beyond.

The Shadowlight Artists is an award-winning collective of artists with learning disabilities, supported by Film Oxford, who are continuing to build their careers as mainstream artists. The group, which started out in 2008 with support from Film Oxford, have achieved success both creatively and professionally. They have gone on to create work that has reached audiences locally, nationally and internationally.

Shadowlight Artists need funds to continue to build relationships with professional artists through creative collaboration and also engage with audiences through the exhibition. The group need money to get the support they need to develop new work, to meet regularly, and to attend festivals and other events. E.g The group have all their films showing at the Together Disability Film Festival in London in December 2018.