Back in 2013, a group of cyclists organised a sponsored bike ride to help raise money for the daily stay and play for local families at the Big Red Bus Club to replace their old and broken heating.

On that beautiful sunny day loads of small children turned up to wave them off, two of those being five year old Anatoliy and Daisy, who played at the Big Red Bus Club during the week. Both children soon after learned to ride a bike.

On Saturday Oct 5th, six years later, they will be joining the adult cyclists who are donning lycra one more time to ride another 100k in aid of the Big Red Bus Club.

Daisy and Anatoliy, both now twelve years old and pupils at the local Royal Greenwich Trust Secondary school, will attempt the gruelling 62 mile ride (including two ferry crossings!) around London, Kent and Essex with their dads, Big Red Bus Club stalwarts Matt Drewry and Val Hnachuk, amongst others.

More about the charity can be found here: https://www.thebigredbusclub.com/

To Matt and Annie hope it went well. Pete 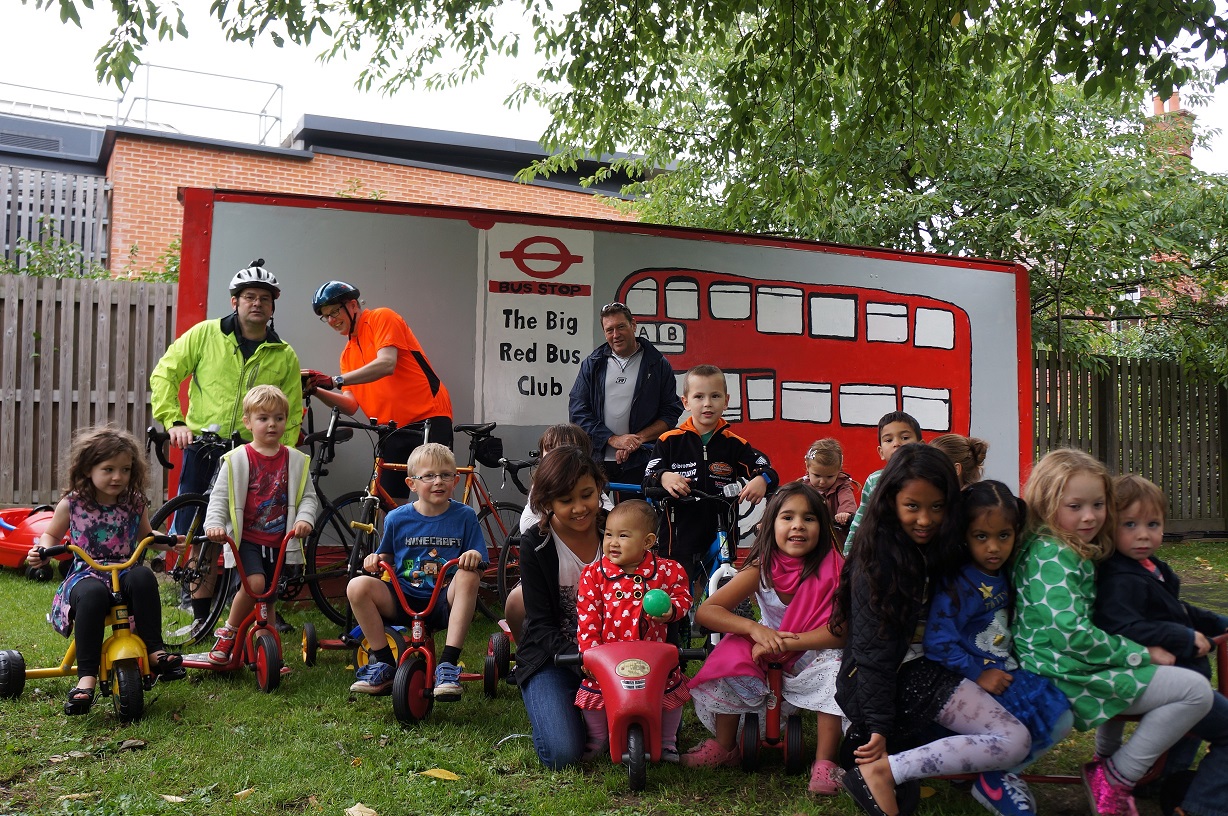 Good on you from everyone at Equal Experts!

Families, friendships and commmunity
Find out more about the charity